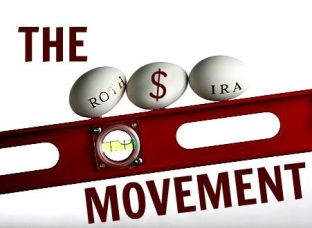 The wild ride continues! As we have addressed before, the nasty trifecta of oil, China and the Fed continue to hammer the markets. Moments like these can make or break portfolios and dramatically impact your future goals. Most investors have an IRA that they either have been funding or perhaps a rollover IRA from a previous 401(k) that sits on the sidelines and they periodically, if ever, look at. Volatile markets like this present an opportunity with these IRAs that could prove to be very advantageous!

“It’s almost like a half-off sale. If your IRA has dropped significantly in value, not only will the cost (of converting to a Roth IRA) be minimal, all the upside will be tax-free. Now is the time to strike!” – Ed Slott, The IRA Advisor

*** Before we dive into the specifics of converting an IRA it is important to note that we encourage you to consult your CPA or Tax Advisor to discuss in detail.  We are not tax advisors and (unless you are a client) we do not know your specific financial or tax situation.***

The decision about converting an IRA to a Roth IRA comes down to three key factors: taxes, cost and time. END_OF_DOCUMENT_TOKEN_TO_BE_REPLACED 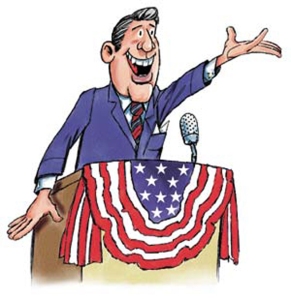 We don’t typically venture into topics that involve politics as they can be polarizing to say the least. Everyone can think of an individual they know that is always more than willing to share their political opinions whether you want to hear them or not! From time to time, however, there is a topic that needs to be addressed and political party affiliation has absolutely nothing to do with it … It’s a matter of doing what is right.

Recently the Department of Labor issued a new proposal addressing investment management fees associated with retirement accounts. According to a report issued by the White House Council of Economic Advisors, a difference of only one percentage point in fees equals $17 billion! This is money that will either remain in individual’s retirement accounts or find its way to brokers and financial firms’ pockets.

There have been other versions of this legislation proposed in the past. This most recent version requires any advisor that is compensated for providing advice with retirement accounts (IRAs, 401(k), 403(b), Simple IRAs and SEP IRAs for example) to operate as a fiduciary, always putting the clients interests first. Why is this even a debate?! What it essentially comes down to is the mighty dollar. END_OF_DOCUMENT_TOKEN_TO_BE_REPLACED

If you were asked to list two or three of the largest Registered Investment Advisory (RIA) firms in the country which ones would come to mind first? You’d definitely hear many of the names associated with Wall Street and the investment industry. Names like: Merrill Lynch, Charles Schwab, Fidelity and Wells Fargo – while these are certainly large firms none of them are RIA’s. We’ve written on several occasions what an RIA is and how they are driven by their fiduciary responsibility to their clients. A simple online search of RIA’s will show that the largest firm is nearly 40% larger than any its closest competitor. It specializes in assisting individuals in managing their company retirement accounts and has become a behemoth in the investment industry. Financial Engines, Inc. has risen out of relative obscurity and is quickly becoming a household name.

Financial Engines is based out of Sunnyvale, CA, is publicly traded under the ticker symbol FNGN, and currently manages over $90 billion in assets! To put this in perspective the second largest RIA firm is Fisher Investments with assets under management of just over $50 billion. Fisher Investments is a marketing machine and if you have a portfolio over $500,000 in value, you’ve most likely received one of their post card mailings or solicitation emails.

Financial Engines, on the other hand, is a relatively young company and is the creation of some of the brightest minds in the industry that made their mark in the late 1990’s. The founders of the firm are Nobel Prize winning economist William Sharpe, Stanford Law Professor Joseph Grundfest, Attorney Craig Johnson and Jeff Maggioncalda. While the firm went through some minor growing pains, they have certainly found their target market – working with individuals and managing the investments in their company retirement plans. END_OF_DOCUMENT_TOKEN_TO_BE_REPLACED

Let’s be honest… the vast majority of hard working Americans have one question in common – Will I be able to retire?  The circumstances pertaining to each individual are as different and unique as the individual themselves. The one connecting point we all have however, is to know if we are going to be able to reach our goals, whatever they might be.

Have you seen some of the commercials where an actor asks you if you know how much you need to retire? Other commercials have people carrying around a huge cut-out of a random numbers …like $1,456,298 around with them.  What’s your magic retirement number? Where should an individual go to get their many questions answered?  With few guarantees how is anyone to know if they are on track to reach their goals?

There is certainly not a lack of financial planning services and products available to consumers today.  It can actually be a bit overwhelming and frustrating for the average person.  Any Financial Plan should be viewed as a guide or a benchmark, serving as a road map to the ultimate destination.  As with other financial service offerings there are many different elements that need to be taken into consideration. Let’s take a moment to look at some of the more important ones and put it in plain English using some common phrases we are all familiar with….. END_OF_DOCUMENT_TOKEN_TO_BE_REPLACED