Nobody likes traffic but it’s without question a part of our daily lives. Being stuck behind a long line of cars and seeing nothing but red taillights is even more aggravating when you are short on time and need to be somewhere soon. Many of us try to do whatever we can to avoid traffic; whether it be leaving earlier, taking side streets, carpooling, or relying on tools like GPS apps that show us the best routes to take. What does this have to do with investing? Everything…

If you haven’t yet learned or heard why the freeway is perhaps the most important analogy for the success of your portfolio…you need to commit this article to memory. Your local freeway can teach you why 90% of your portfolio’s performance is dependent on what lanes you choose to drive in and only 10% on how fast your car is.

Take for example, Interstate 405 in Los Angeles…which happens to be the busiest stretch of highway there is in the nation. Let’s say you need to get from Long Beach to LA in what normally takes about 30 minutes. You hop in your car and hit the fast lane and seem to be making great time averaging 65 mph. No sooner than about 10 minutes into your drive your lane comes to a screeching halt. After about almost a mile of grinding away at five mph you decide to switch into the lane to your right which is now flowing much faster. Almost within seconds of doing this, the lane you were just in passes you by! Your 30 minute trip to LA will now take you at least an hour and possibly more at this pace.

This simple but nightmarish traffic scenario happens daily to over 400,000 drivers along the 405 but it also absolutely ruins millions of portfolio every year! Pretend each lane of the freeway represents an asset class. (ex: Large Caps, Small Caps, International, and Bonds) On any given year one “lane” (or asset class) will lead the markets but the likelihood of it doing so the next is rare and if you look at historical returns there is no discernible pattern. CLICK HERE to review how asset classes have performed each year from 1994 to 2013:

One of the better examples of this is Emerging Markets in the early 2000’s.

The BRIC’s (Brazil, Russia, India, and China) were all the rage from 2003 until 2007. Hardly any investors had the courage to step in until late 2007 because they were still licking their wounds from the “dot com” crash. Many people hid in cash or gravitated to Bonds which turned in a +10.26% year in 2002.

Over the next four years Bonds END_OF_DOCUMENT_TOKEN_TO_BE_REPLACED 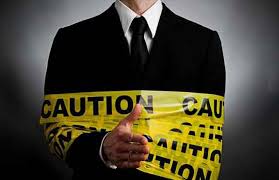 Last week I had lunch with an old colleague of mine. It’s always good to catch up with others in the same profession but sometimes it also truly helps you understand why so many consumers are confused. Here’s a brief background and then a summary of an actual conversation between two financial advisors:

Both financial advisors began their careers working for major wirehouse firms (think Morgan Stanley, Prudential, UBS, Smith Barney, etc…). They each then worked at Charles Schwab as part of the Retail Branch Network and Schwab Private Client (SPC) group. Thereafter, Advisor #1 (who we will call Fee-Based Advisor) left Schwab to join one of the advisors that is in their Schwab Advisor Network program.  This is a network that has made certain firms wildly successful as Charles Schwab branch representatives get compensated to vector investors and Schwab account holders to meet with advisors who pay to be in their program. Advisor #2 (who we will call Fee-Only Advisor) is not part of any network and is not affiliated with any brokerage firm, mutual fund company, or insurance company. “Fee-Only Advisor” is a Registered Investment Advisor (RIA).

Fee-Based Advisor: So…how are things out there?

Fee-Only Advisor: Good…I keep plugging away but sometimes it’s frustrating to see how undereducated the general public is about this industry. END_OF_DOCUMENT_TOKEN_TO_BE_REPLACED

Your whole world is about investing and the stock market. Stick to what you’re good at and leave things like repairing your car, fixing that leaky faucet, or doing your taxes to someone else-

(1) Don’t take investment advice from a CPA and vice versa.

Notice how we practice what we preach. Our first “tax tip” will be to let you know that for specific tax advice you should NOT go to your investment advisor. We’re not CPA’s and even though we understand a great deal about taxation (specifically with regard to investments) our job is to manage investments, not tax codes.

Why is it then that we see so many accountants, tax preparers, CPA’s, and even “enrolled agents” dole out investment advice around this time of year? Investors naturally gravitate to the professional that sees the majority of their financial house and by default it’s typically a CPA. We’re not bashing CPA’s but allow us to be crystal clear on this point: A CPA has no formal training nor better understanding of investments or the portfolio strategy you or your financial advisor has put together.

Look to Tip #2 on what your CPA should know about your investment situation:

(2) If the introduction hasn’t been made yet…Make it happen!

In the case of investments and taxes one old adage couldn’t be more true: ”The right hand should always know what the left hand is doing.”

If your investment advisor has not met or interacted with your CPA an introduction needs to be made. They don’t have to become best friends but your overall financial situation will be enhanced when key professionals that help you know each other.

(3) What type of tax professional do you need?

Do you simply need END_OF_DOCUMENT_TOKEN_TO_BE_REPLACED

The markets are constantly moving from one headline to the next – some of them having a profound impact on the markets. Last Sunday night “60 Minutes” aired a topic that has been lurking in the shadows for years, suddenly it jumped up and grabbed headlines raising concerns and paranoia with investors. High Frequency Trading (HFT) has dominated headlines over the last week prompting a federal investigation and hours of debate.

Michael Lewis, author of “Flash Boys”, has been on a publicity tour claiming the U.S. Stock Market is ‘rigged’. Is the average investor at a disadvantage, on the outside looking in at the security exchanges? This week we encourage you to view a letter being sent to our clients and friends of the firm (High Frequency Trading letter) END_OF_DOCUMENT_TOKEN_TO_BE_REPLACED