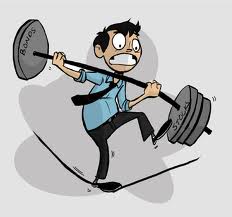 Congratulations Mr. Market…you’ve delivered a tremendous year of returns to equity investors!  With the broad equity markets delivering returns over 25% (S&P =29%, DJIA = 25% and the NASDAQ = 37% as of 12/27/2013) investors are now faced with the question of what to do now?  For those investors that were invested in stocks, especially domestic stocks, year-end statements are going to look very impressive but remember that is only on paper. As we step into 2014 what should investors do with their portfolios?

Often investors choose to go with an adage commonly heard in casinos – “Let it ride!” Although the market defied odds and dodged several ominous obstacles, there is no guarantee that it will continue to do so going forward.  Sitting back and doing nothing could very well allow those returns to dwindle away and become nothing but a memory.  It wasn’t that long ago that ‘The Tech Bubble’ hit investors with a strong left uppercut that they never saw coming.  Mr. Market delivered three years of impressive returns (1997 = 33%, 1998 = 28% & 1999 = 21%) only to see it disappear with three consecutive years of negative returns (2000 = -9%, 2001 = -11%, 2002 = -22%) and let’s not forget 2008 (-37%).   How can investors avoid repeating history while also managing the risk and unrealized gains in their portfolio?  END_OF_DOCUMENT_TOKEN_TO_BE_REPLACED 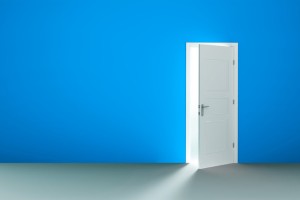 Imagine yourself in an empty room that has three doors. This room represents the investment year of 2013 and the door that they are about to open is where they hope or think the best returns will be for 2014.

Door #1 – Bonds: Very few people are near this door. There certainly isn’t a line to open the door and most investors walking by seem smug as they peek at the lonely door along with the depressed looking people waiting nearby. It’s clear to most that the bond markets have already begun to crumble. With interest rates that are sure to rise this asset class feels like dead money and the ‘writing is on the wall’ for flat to dismal returns. END_OF_DOCUMENT_TOKEN_TO_BE_REPLACED 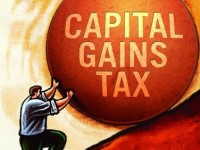 When a mutual fund sells any position at a profit it creates a capital gain, these can be either short-term or long-term.  By law mutual fund companies are required to distribute these gains to all of their shareholders.  If the position was held for less than a year it will be considered short-term. These are distributed to shareholder as income dividends and taxed at their ordinary income rates.  Long-term capital gain distributions (over one year) are taxed as follows: 0% for taxpayers in the 10% and 15% tax brackets, 20% for individuals in the 39.6% bracket and 15% for all others.  The key thing to remember when looking at mutual funds is that the investor has absolutely no say as to when positions are purchased or sold within the fund and the taxable consequences that are incurred. END_OF_DOCUMENT_TOKEN_TO_BE_REPLACED 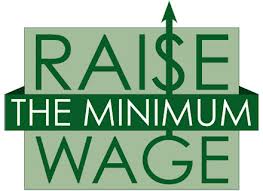 One of the greatest things about this country is that we are all free and entitled to voice our own opinions.  In this forum, however, we rarely intend to bring up political divisions as there are simply too many and we find very little upside in wasting our energy in that department.  Certain issues, however, have a direct economic impact to you and we believe those are worth digging into. The most recent debate over raising the minimum wage has certainly “ripped the Band-Aid” off an old but existing economic wound.  Taking all feelings and intuitively good intentioned emotions aside, let’s set the economic record straight on this hotly debated topic.

Currently Congressional Democrats want to raise the current minimum wage from $7.25 (nationally) up to $10.10/hour and also index it to the Consumer Price Index (CPI). With a Republican-led House this is unlikely to happen as they believe most businesses would have to cut jobs. Supporters of wage increases claim that the standard of living rises, poverty levels drop, and businesses become more efficient. The opposing side counters with claims of increased poverty, higher unemployment, and detrimental effects to most businesses. Who is right when it comes down to pure economics?

If it was just about picking a number and raising the wage to one that seems or “feels” right we ought to just go with $20/hour, right? Picking a random number or one that works backward to solve an economic problem won’t solve anything. In economics it comes down to basic realities like supply and demand, cause and effect etc. $20/hour seems a lot more “fair” than $10/hour but realistically when setting prices they must be derived from demand and economic data instead of grabbing them from thin air or what feels right.

The most famous economic study that supports raising the minimum wage is from 1992 by Card & Krueger. (David Card and Alan Krueger) These two economists surveyed fast food franchises in the New Jersey area before and after a minimum wage increase of 18.8% ($4.25/hour to $5.05/hour). Their studies showed that employment actually increased. Why was that and should proponents of raising the minimum wage really balance their main argument on this famous study? END_OF_DOCUMENT_TOKEN_TO_BE_REPLACED 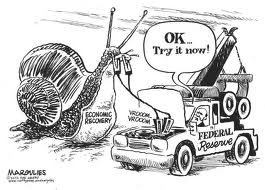 “Who and what is the Fed”?  “What do they do” and “How do I understand what they are really saying and how it will impact me!?”  These are questions that we often hear from investors.  The Federal Reserve frequently dominates economic headlines and although its actions impact us all, very few of us truly understand what “the Fed” is or what it does.

We all hear terms like: “Don’t bet against the Fed”, “Dovish or hawkish sentiment” “Quantitative Easing” and “When will the Fed begin to taper”?  These are just the tip of the iceberg as the press and media attempt to interpret anything and everything released by members of the Fed.  Let’s take a moment and look at the basics of what the Fed is.