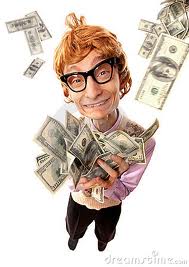 What if you, the investor, had all the knowledge and findings that it took to win a Nobel Prize in Economics? Would you be a better investor? Believe it or not…with the amount of news disseminated in today’s hyper-information and “data dumping” world…you likely already have all it takes to be a more disciplined and well schooled investor.

This past Monday (10/14/2013) the winners of the prestigious Nobel Prize for Economics where announced.  All three winners were American, which marks a trend as at least one American has won the award since 1999.  The winners: Eugene Fama, Lars Peter Hansen and Robert Shiller were recognized for their outstanding research and work in the financial markets.  While their work does not perfectly align there are several similarities and the bottom line is that you can never trust Mr. Market!

Summary Of The Winners: