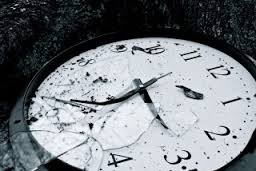 If you’re smart…does it imply that you’re always right? In many instances that may often be the case, but when it comes to investing, some of the most brilliant people on the planet are reduced to buffoons by irrational and unpredictable markets. When you add in a 24/7 media cycle and the fact that human beings are emotionally driven creatures…your IQ (or stubbornness) can actually work against you.

As huge fans of behavioral finance we also want to once again remind you that your own brain (whether it be “smart” or pedestrian) is wired to connect certain dots even if the conclusion is wrong or completely random. One famous adage will serve as the theme for this entire article:

“Even a broken clock is right twice a day.”

Take a brief moment to read the following article that surfaced last week:

Business Insider: One smart stock market analyst thinks this is where we’re headed…(gulp)

First and foremost the article opens with two paragraphs that reek of “rear view mirror” methodology. This mindset sounds intelligent at face value but when it comes to a dynamic investing environment there is zero predictive power in looking at what has happened as a measure of what will happen.

Secondly, the article then alludes to John Hussman, who…like the author and many other pundits, believe we are on the brink of a -50% or more “crash”. Allow us to be blunt since very few are… This type of financial journalism is complete hogwash and a total waste of your time!

Before you spend one more minute reading articles and viewing well presented charts from “smart” analysts and forecasters…take a hard look at their track record. We’re not questioning whether a guy like John Hussman is intelligent; he undoubtedly is but why are we led to chug his (or anyone’s) Kool-Aid simply because they got one market call right? Once you’ve read our broken clock quote again, a quick peak under the hood of John Hussman’s performance and track record will change your mind.

Hussman made a huge name for himself when he avoided much of the 2000-02 bear market. Some other investment managers, like Ken Fisher of Fisher Investments, also were able to sidestep some of the carnage. Unlike Fisher however, Hussman even hedged his way to some impressive results in 2008 by only losing -8% while the S&P 500 dropped -37%. Not too shabby right?

You may know where the rest of the story goes from here but in short…it’s flat out depressing. Billions of dollars from emotionally scared and performance chasing investors poured into his funds. It’s hard to blame the average investor for not doing so but at least you can learn from this before the next shiny object is presented to you. The following is a summary of Hussman’s flagship long/short mutual fund, Hussman Strategic Growth (HSGFX):

“The investment seeks to achieve long-term capital appreciation, with added emphasis on the protection of capital during unfavorable market conditions. The fund’s portfolio will typically be fully invested in common stocks favored by the fund’s investment manager, except for modest cash balances that arise due to the day-to-day management of the portfolio. When market conditions are unfavorable in the view of the investment manager, the fund may use options and index futures to reduce its exposure to general market fluctuations. When market conditions are viewed as favorable, the fund may use options to increase its investment exposure to the market.”

Who wouldn’t want that?!  Where do we sign up? Not so fast… Over the past five years this fund has lost -21% while the market has climbed +45%. Going further back (10 years) Hussman has lost -45% versus the S&P 500’s return of +51%. It’s one thing to have the occasional bad year but losing that much money during a bull market is beyond dismal. This type of massive underperformance is actually hard to do yet here we are reading articles about a well revered and “smart” fund manager.

When you read another dire forecast please revert back to this article. The same bit of common sense can be applied to the manager who attempts to convince you that because they were right once or twice before, they’ll be right again.