For some of our newer readers it might serve us well to remind everyone of who you are and what this “Mr. Market” character is all about. If you haven’t read Benjamin Graham’s book, The Intelligent Investor, you need to. Even though it was written in 1949, much of what Graham wrote is still applicable today and it’s simply one of the best books on the stock market ever written. Warren Buffett himself loves the book and says that it changed his life. Here’s a summary from Buffett and his description of our very own “Mr. Market”:

Ben Graham, my friend and teacher, long ago described the mental attitude toward market fluctuations that I believe to be the most conducive to investment success. He said that you should imagine market quotations as coming from a remarkably accommodating fellow named Mr. Market who is your partner in private business. Without fail, Mr. Market appears daily and names a price at which he will either buy your interest or sell you his.

Even though the business that the two of you own may have economic characteristics that are stable, Mr. Market’s quotations will be anything but. For, sad to say, the poor fellow has incurable emotional problems. At times he feels euphoric and can see only the favorable factors affecting the business. When in that mood, he names a very high buy-sell price because he fears that you will snap up his interest and rob him of his imminent gains.

At other times he is depressed and can see nothing but trouble ahead for both the business and the world. On these occasions he will name a very low price, since he is terrified that you will unload your interest on him.

Mr. Market has another endearing characteristic: he doesn’t mind being ignored. If his quotation is uninteresting to you today, he will be back with a new one tomorrow. Transactions are strictly at your option. Under these conditions, the more manic-depressive his behavior, the better for you.

We’ve obviously been in such a whipsaw environment that even the most seasoned investor is confused as to what might be next. In our opinion this is as manic a stock market as there’s ever been. On one week you want to crawl in a hole and hold back your vomit and the very next week the birds are chirping louder outside and everyone has FOMO (fear of missing out).

Mr. Market has seven character traits and we’ve certainly seen those on display the past quarter. 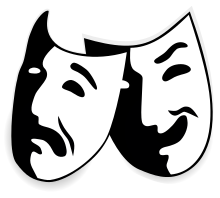 The level of uncertainty out there right now is truly amazing. After a rally from the March 23rd bottom, we’re now undoubtedly going to see some selling pressure. This pandemic and the extended ripple effects after the initial economic shock are far from over. In our view, the bulk of the 2020 rebound has already occurred and from here on out, we may not retest lows as some doom and gloomers predict, but rather see a volatile and net sideways market leading up to the election.

What had investors feeling good can quickly dissipate with the reality of unemployment, inevitable bankruptcies, debate on how states are to reopen, a possible second wave of the virus, and simply time to digest how this will all pan out. Most stock analysts don’t even have an accurate handle on the actual fundamental numbers either as the majority of earnings reports from S&P 500 companies were either reduced or completely withdrawn. Lastly, this recent rally was not broad based which once again may fool those who look at the index returns in later years. The five largest companies in the S&P 500 make up about 20% of the entire stock market, so how they have gone is how the index has gone (which is not an accurate depiction of what’s really under the hood).

While we’re far from the crowd who is trying to stoke more fear, we’re being a bit more tempered about this recovery in the near-term. Expect a long summer, and whatever you do, try to not let Mr. Market rent too much head space from you for free.