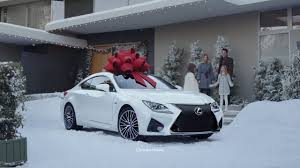 Periodically we write you “letters” about a whole host of topics. Last December we wrote one about Santa delivering us a massive lump of coal instead of what historically can be a friendly month with regards to stock market returns.

When you hear a “December to remember” what do you think of? For many it may be a cheesy commercial from Lexus; for us it’s a reminder that we’re still breathing after the worst December the stock market we’ve seen in over 80 years! As we’ve stated many times, however, people tend to have awfully short memories. It’s amazing how a strong January and a very decent year (at least in Large Cap stocks) has basically erased any notion that there could be trouble on the horizon. Seeing the market recover as sharply as it did last year was the worst thing that could happen for people.

Because it made investors think everything is fine.

We’re the furthest thing from doom and gloom prognosticators but we’d also be as guilty as the other “perma-bull” financial advisors who regurgitate the same information if we didn’t think (1) this market action is unusual (2) ask the question if anything really changed from this time last year?

Clearly, how the markets behaved last Christmas Eve had ZERO impact on how 2019 turned out. One year ago we saw the Dow Jones peel off -2% (almost 700 points) in one day. We saw legitimate panic and the stock markets touched official bear market levels (minus 20%). Since then, however, the S&P 500 has rallied +37% from its low.

As you enjoy your families and holiday traditions, let us also remind you that how the market behaves this week has zero statistical chops to make it relevant.

“If Santa Claus should fail to call, the bears may come to Broad and Wall.”

This old saying  refers to the “Santa Claus Rally” period, which consists of the last 5 trading days of the year plus the first two of the next year. Wall Street (and journalists) love catchy one liners or click bait headlines that get you to think there are correlations worth acting on. The odds of a bear market coming have nothing to do with this week of trading.

What it has more to do with (simply put) is that the stock market is a leading indicator of the economy. We’ll expand on this more in the New Year but for now we have a tug of war between two main things (1) an aging bull market which is the longest in history (2) an economy that is still strong enough to hold off any recession for at least another 12 months. Lastly, don’t confuse bear market with recession. We’ll get a bear market before the recession and it won’t telegraphed as you think it might.