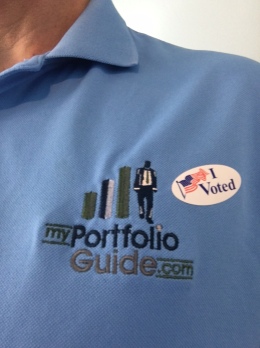 It’s that time of year again….here comes the holidays. One of the most famous Christmas poems ever begins like this:

‘Twas the night before Christmas, when all thro’ the house

Not a creature was stirring, not even a mouse;

The stockings were hung by the chimney with care,

In hopes that St. Nicholas soon would be there;

What if we changed a few words to reflect what Mr. Market will be thinking about instead of sugarplums and Christmas stockings? What is he thinking on Election Day?

‘Twas the day of the Election, when all through the nation

Every citizen was encouraged to get to a voting station;

Constant stories of Wikileaks and groping

Had every American and the stock market moping;

The media was franticly filling their time with endless chatter

All in hopes that our eyeballs would think a new President would matter;

As it relates to the stock market it simply prays for an end to this noise;

So goodnight to all and may you wake tomorrow

Knowing full well that some will be joyful and others in total sorrow.

We’ve obviously abbreviated our stock market poem to center on the real question so many investors have: Will this election result drive the markets higher or lower?

If you’ve studied the stock market long enough you’ll know that the one thing that makes it nervous is uncertainty. Prior to yesterday’s strong market rally, stocks logged a nine-day losing streak, which was the longest consecutive slump in 30 years. For months the market had baked in an almost guaranteed Clinton victory but with the advent of another FBI probe into her email practices, the possibility of Trump winning began to create uncertainty again and rattle the markets.

As we noted in the most recent edition of our newsletter, the Guide, we believe the way we search and interpret the news will have an impact in how weak hands play their cards at the table. In other words, if you came into this election as a hardcore fan of Trump or Clinton and the results don’t go your way, you will naturally be more inclined to think doom is lurking around the corner. The reality is that with the absolute circus and divisive lead-up that this election has brought us, we’re bound to see about half of the country in tears. Will that impact the stock market though?

Yes…of course it will, but not in the way you may expect. In the short-term you will see a fairly sharp rally or sell-off so your best play (if you’re a trader) would be to take advantage of the volatility. If Clinton wins you will see the markets bump up nicely but then flatten out towards year-end as the reality of four more years of similar economic policies get extended. If Trump wins, it’s our opinion that the market will sell off in a fairly sharp manner but that you’ll see a rebound that will negate much of that. Like him or not, one thing that his potential presidency would bring is change. Lastly, once the short-term effects are played out, the other main guarantee is that whoever wins will face political gridlock. (you can take that to the bank!)

Over the longer-term you will see Mr. Market adjust to what he is given. As alluded to previously, the one thing that will be alleviated is uncertainty. If your investment time horizon is longer than the end of this week, however, you should be allocated properly in advance of any unforeseen event. We’re currently positioned to take advantage of surprises we don’t know about but also very aware of the reality that the markets will eventually gravitate to focusing on actual economic growth or lack thereof.

We believe the market has pleasantly surprised most investors this year. Although we predicted a low to mid-single digit type year back in January…most of the investing world was on the other end of that spectrum. After steep corrections in late 2015 and the worst start to any year in history, it may have understandably been difficult to listen to our advice. So, what’s the advice now?

We’ve lowered exposure to both stocks and bonds as we wrap up this year. Many of our portfolios have at least 15% (and many upwards of 30%) allocated to assets that have low to zero correlation to the market.

Lastly…what if neither win? Albeit an unlikely scenario, there are some that want to hang on Trump’s vague allusion to “keeping the country in suspense” if he loses and doesn’t want to concede. In our opinion this was more of his brash and not too polished debate skills and there would be someone in his ear to settle down his ego with the reality of a loss.

We’ll have a “winner” of some sort tomorrow and that will allow Mr. Market to digest what
he’s dealing with over the next four years. Give him some certainty, so get out and vote!