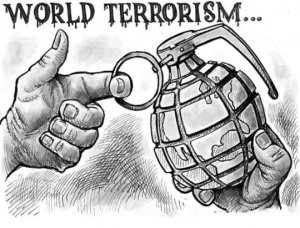 Normally…we write you letters about the stock market… its events, reactions, and implications. At the end of the day…none of it matters if you’re not alive or breathing. As real as that last sentence is… it prompts us to analyze how the world is changing and what we need to do in order to survive.

As an investor, your job (at least how we have defined it) is to design a plan and adjust it accordingly to outside circumstances and your personal needs/goals. What gets complicated…is successfully investing while adhering to these three things:

Investing can be complex enough but when you then introduce a dramatically changing world, most people don’t know how to adjust. Over the past month our world has seen acts of terror force people into a state of fear and shake our faith in the future. On November 13, 2015 the city of Paris was changed forever. Two weeks earlier a commercial airplane was downed in Egypt and just the day before the Paris attacks there were two suicide bombings in Beirut that killed 43 people. On our own soil we are just now understanding the details and motives behind the shootings in San Bernardino that took 14 innocent lives.

What is happening and is it safe to invest the way we used to?

Without question, acts of terror usually rattle not just our emotions but the stock market as well. The typical “knee-jerk” reaction is for investors to sell “risk assets” (like stocks) and find safety elsewhere (cash or bonds). The reality of trying to time the market after horrible and “shock” type events is that the downside is typically very short-lived. Even after the 9/11 terror attacks the markets quickly recovered. The S&P 500 dropped -4.9% the first day of trading following four days of being shut down to avoid wide-spread panic. The market lost a total of -11.6% when it finally bottomed out 11 days later. The month following, however, proves our point; within 31 days the market bounced back quickly and recouped all of its losses.

Just like what we witnessed last month after the Paris attacks the sectors that one might expect to get stung…did. Industries like travel, tourism, hospitality, financial services, and entertainment all dipped. Conversely, several companies stand to benefit from shocks like this; some technology companies, defense, and weaponry contractors fared quite well.

Back to point #2 above….the idea is not necessarily to avoid or load the boat on certain stocks. Granted, if you are long-term on a solid defense company like Lockheed Martin (LMT), Northrop Grumman (NOC), or Raytheon (RTN)…you will likely see outperformance; especially relative to a rather lackluster and negative market environment like we’ve seen this year. Two other world-class stocks to consider right now are Boeing (BA) and General Dynamics (GD). All five of these stocks have outperformed the index this year and over the past decade. We’re not bashful in saying this trend will not reverse; it’s almost a slam dunk that this group of stocks will continue to trounce the index. We like them all but if we had to pick one…buy Lockheed Martin (LMT) and enjoy a 3.02% dividend while this “boring” company continues to beat the broad market year in and year out. (+13.41% YTD and basically triple the market return over the past 10 years!)

Another main facet to investing in this environment is to “continue to expect the unexpected”. An investor can improve their odds of success by allocating portions of their portfolio into areas that have negative correlations to the very thing we hear the most about; the stock and bond market! Mark our words here again…In the very near future most portfolios in a traditional asset allocation model will get blasted due to having too much in assets that appear diversified but basically rise and fall with the overall tide.

We’ve talked about the importance of buffering your portfolio for unexpected shocks but most people shy away from doing so. Why? In part, it’s because of point #1 above…you’re human. Aside from the emotional component there is a fear and greed piece to this puzzle. People seek comfort and avoid pain. Investing in alternative asset classes over the past few years doesn’t “feel” right; they’ve gone down while the stock market has climbed higher.

One of our favorite quotes about forward type thinking or action is from hockey legend, Wayne Gretzky. “I skate to where the puck is going to be, not to where it has been.” How can you apply this mindset to investing without succumbing to Point #3 above? Since you don’t have a crystal ball and nobody else does either…simply take a look at one area of the world that we know that without question is different than it was just one year ago.

Are you reading this from a smart phone or a computer? Will you buy anything online this holiday season? Unless you live under a rock you also know that some of the largest retailers in the world have had massive data breaches. Companies like Sony (SNE), Target (TGT), Home Depot (HD), and JP Morgan (JPM) have all been hit, just to name a few!

Expect more in the future and also understand that it’s not just retailers getting attacked; government agencies, including the Department of Defense have been hit. as well. Unfortunately terrorists and other ill-willed people will find new ways to attack. We believe we are in the very early innings of a long ballgame. Cybercrime and cyber-war will fast become two of the most challenging geopolitical and business threats.

The best way to position your portfolio with this changing environment is by using an ETF (Exchange Traded Fund) that focuses on Cyber-security. There are several available but our favorite comes with a ticker symbol that you won’t soon forget… HACK. The PureFunds ISE Cyber Security ETF (HACK) focuses on the most innovative companies in this space. By nature they are smaller in market cap than some in the cyber-security industry but this is the sweet spot you should be looking for. 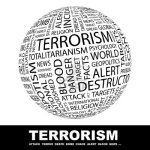 Right upfront we’ll let you know that it obviously has a relatively short track record and it’s volatile. One could argue that this fund is composed of hyped up stocks that don’t warrant some of their frothy valuations. Our take is simple; we are “skating to where the puck will be” and for that strategy, you’ll pay a bit of a premium as well as see some bumps along the way. Couple this strategy along with some main stream defense stocks that we alluded to earlier and you can help insulate your portfolio a bit from a world that is rapidly changing…

1 thought on “Investing in a New World: Cyber Crime and Terrorism”